Our work met before we did, through calls for landscape-focused photographs and responsive ekphrastic poems by the Waterfront Gallery in Two Harbors, Minnesota. Two sets of Heidi Mae’s photographs and Julie’s prose poems appeared in the resulting exhibit, and we met in front of and because of these pieces. We decided to embark on a collaboration, first through seven more ekphrastic pairings of word and image, and second through the creation of an ongoing thread that consists of twelve works so far, with the next contribution in progress.

Our collaboration is an ongoing call and response between curious minds at work with text and image. We are interested in the dialogue between impressions that can’t be put into words and ones that can’t be taken out of them, and we interpret and reinterpret each other’s perceptions in an endless act of inquiry. Heidi Mae takes a photograph and sends it to Julie, who writes a prose poem off the image and forwards it to her collaborator. Inspired by the poem, Heidi Mae heads out to create a photograph and shares it with Julie, who once again sits down to write. This process continues over months and years, against the backdrop of the northern United States and beyond.

The forms in which we work are ideal for this type of exchange, given the kinship between photography and prose poetry. The prose poem contains language within a distinct frame; only what is included within the distilled text is known to the reader. Also significant is what falls outside the edges of the poem, what is unseen and untold. A photograph has a similar focus and limitation, as the photographer chooses what not to include, what is beyond the edge of the image’s frame. The prose poem is surrounded by white space, by absence, as the photograph is also surrounded by all that has been left out, bringing what is included into focus and into the forefront of the observer’s mind, even when the image itself is a blur.

Heidi Mae’s photographs play with focus, and the Threads project has become in part a conversation about the roles of guesswork and association in artistic creation, along with spikes of precise knowing. Julie observes an elusive, obscuring quality in Heidi Mae’s work, shot through with delineation, and responds with curiosity, pleasure, and confoundedness. She makes a fiction of the poem when necessary, a definitive response to blur. Other times, she creates a questioning response to a moment of visual certainty, to which Heidi Mae responds in kind or in contrast; and so the dialogue continues.

Our original pairings have been exhibited as prints on cotton paper with torn edges, mounted away from the wall and unframed, for an organic and immediate effect. Our ongoing responsive series is printed on three foot by four foot sheets of habotai silk, hung from the ceiling by wooden dowels and fishing line to create a supple and interactive experience for the viewer.

To date this project has appeared in two gallery exhibits: a joint show at the Lyric Gallery in Virginia, Minnesota in July 2018 and as part of a larger show at the Waterfront Gallery in Two Harbors, Minnesota in Fall 2013. Pieces from the collaboration have appeared online in Split Rock Review, based in Duluth, Minnesota, and Long Exposure Magazine, based in Wales, UK.

The photographs and prose poems that follow are taken from the middle of the Threads series and represent its spirit of mutual inquiry and open-endedness, as well as a shared belief in interpretation and free association as forms of discovery.

Excerpt from Threads: A poetic conversation 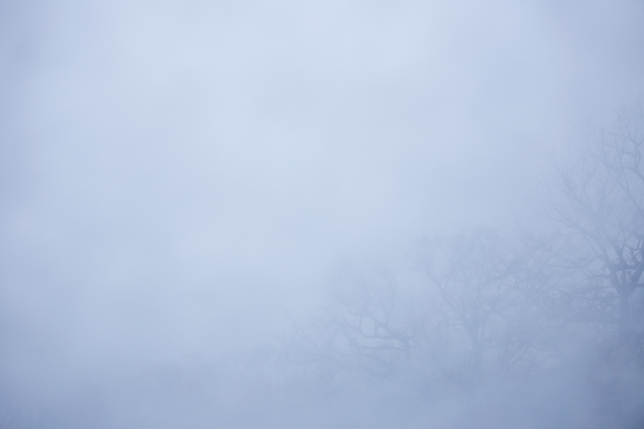 Sometimes a telling note slips to the corner of a book, lost like a morning where nothing happened. ‘I took the dog out in light sleet, remember’, but you may or may not have. You wake by accident, eat breakfast by mistake, then ask out loud, ‘Why any of this?’ You remember yesterday’s YouTube video of a murmuration of starlings in County Cork, how they merged into a tight black bead and divided with their shared and magic brain. Swayed all around the sky for warmth and protection, filled the air then swept its corner. We’re all here but someday won’t be, matter and don’t. This could free instead of gut you, if you let it. 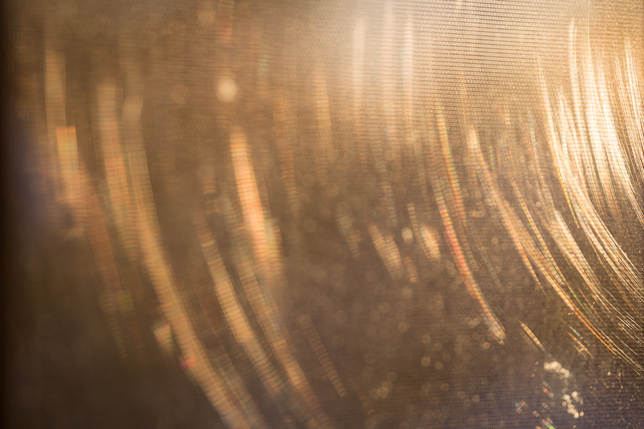 A small thread can light up a bulb and house, merge cloth and cover a body, join a split in skin.

Valentine’s Day is a school shooting in Florida is a student in my office with ash on his forehead — and curls.

Effects can be charming and primal both, like prayer with its two bent elbows.

Humans see clear and blur, which makes sense because that is how life is.

I let my hair down in the sun to look through it, not at what could blind me but at the rest of the world. 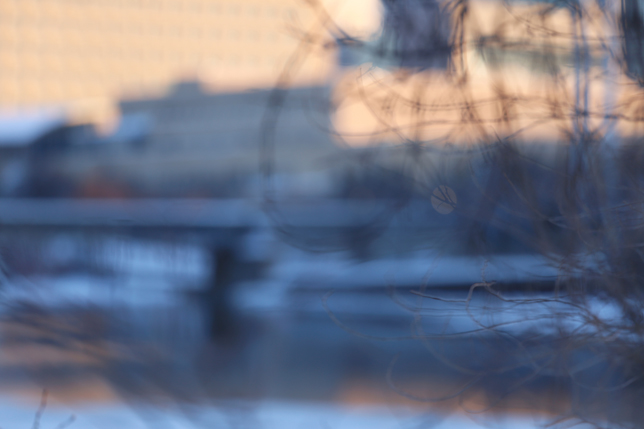 The eye sees a top hat and fire in a picture of neither. Tries to focus, you know, bring it in. Who does and does not cross the bridge? What’s that red mass in front of the building? Could be blockage or blood and the mind builds a story, an emergency. Otherwise the day sits, evening settles, sun sinks. The blaze is a flare-up before the go, and arson is only for Netflix. Any light can be moon, slope of snow a white sheet. What encroaches is tendril lock web. Hair is dead but it lives, light from stars and all that, and a point can be sharp and soft. 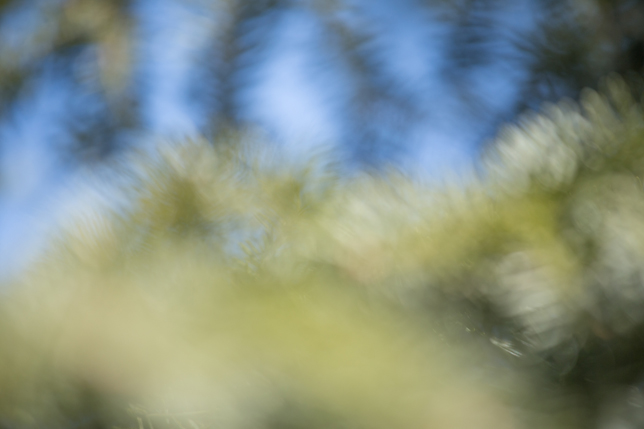 Thread the finger-like whorls of the fir’s first protrusion in spring. Whimper and swing, make a skyhole, an arc. Let blue take you and brandish the color. Sometimes a dark thing turns into a wing, this place into beyond. Find the day’s shade and enter it bodily.

Trillium Is the Flower No One Should Pick

These are the woods you have walked for years and can still get lost in. Nothing here’s solid. Where is something and where only air, which is also something? What is mass and what is space? This is the green blur of your life, all of your bliss and catastrophe. In one small flower all you know, its precise bloom a fact in the corner. But you cannot pick it, can’t take it away, without starving what you want to save. The whole plant connects underground. Petals purple as they age. This, then, is a young flower. You cannot have it.

Heidi Mae Niska is a photographer who identifies with the solitude and wilderness found in northeastern Minnesota and Michigan’s Keweena Peninsula. She earned an MS in Electrical Engineering from Michigan Technical University and subsequently studied art at Northern Michigan University. Whether pounding concrete in the city, skipping across moss and rocks near Lake Superior, or dodging sunbeams in Southeast Asia, Heidi Mae seeks to share her intimate understanding of the soothing, nourishing, and restorative attributes of solitude and nature through her photographic imagery.

Julie Gard’s prose poetry collections include Home Studies (New Rivers Press), which was a finalist for the 2016 Minnesota Book Award; Scrap: On Louise Nevelson (Ravenna Press); and the chapbooks Obscura: The Daguerreotype Series (Finishing Line Press) and Russia in 17 Objects (Tiger's Eye Press). Julie's essays, poems, and stories have appeared in Gertrude, Fourth River, Clackamas Literary Review, Crab Orchard Review, Ekphrasis, and Blackbox Manifold, among other journals and anthologies. A former Fulbright Graduate Fellow in Vladivostok, Russia, she lives in Duluth, Minnesota and is Associate Professor of Writing at the University of Wisconsin-Superior.